A ruling by a Judge in Utah has Brigham Young University’s police department now subject to Utah’s open records law (subject to appeal). The lawsuit brought by The Salt Lake Tribune as a result of sexual assault claims at BYU. 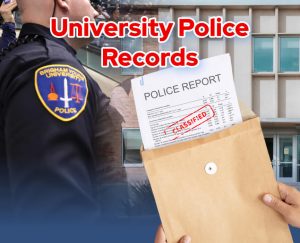 Thereafter the university’s response over a 19 year old (student) rape allegation from 2016. The ruling by Judge Laura Scott will very likely also affect pending enquiries about how the BYU police have dealt with a Mormon missionary (former) accused over sexual assault. Indeed as a school based around religion they are perceived as non transparent. Issuance of a public records request to BYU or a Freedom of Information request may well prove futile. The ruling states that BYUPD along with the university police records should be subject to GRAMA. Consequently they are “functionally equivalent” to every other Utah police department.

While attorneys for BYU state that GRAMA (Government Records Access and Management Act) is for government entities to make available government records and doesn’t cover private records access of private institutions and/or those private institutions internal departments. The original GRAMA request for emails (BYUPD) related to the allegation. The emails not released by BYU, the argument that no listing was within the Department of Public Safety directive. How BYU maintain it’s university police records they see as outside the law and they argue it’s police department is from private funds. The attorney acting for The Salt Lake Tribune sees the ruling over the university police records as a victory for public accountability. The ruling deems that if BYU assumes the role of law enforcement it is an arm of government. Furthermore that if BYU police are state certified it retains the State’s police powers.

BYU University Police Records seen as outside the law

However a BYU spokesman said the ruling disappointed them. However the ruling does not make the university police records immediately available. A university spokesperson advised that BYU will appeal citing the court it had “strong arguments worthy of appellate consideration”. The filing to the 3rd District court judge was not specified. In another twist (BYU sister school in Idaho) further revelations over it’s negative approach to sexual assault victims. The university had investigated a complaint of sexual assault by a female student. After substantiating the complaint the university suspended the male student. However the female student also then suspended herself. The suspension of the female student was as a result of her bishop’s intervention. Students wishing to attend BYU must be endorsed by their bishop in that they are committing to uphold Mormon values.

Bishops don’t need a reason to rescind their sponsorship. The BYU’s honor code is inclusive abstaining from pre marital sexual relations and alcohol. The female student lost her good standing at BYU when the bishop became aware of drinking prior to the assault. The case recently detailed in The Salt Lake Tribune highlights how alumni and students, over two years ago, punished for their reporting of sexual  misconduct. BYU announced in 2016 an amendment to their sexual misconduct policy to include an immunity clause. Essentially any student reporting sexual misconduct would not be subject to investigation re: Honor Code. The amendment promoted by the university leaders to their commitment in tackling sexual violence. However is the anomaly not the amendment diluted and/or rendered irrelevant if a bishop decides to intervene.

Over 25% of BYU students who had experience of unwanted sexual contact reported the contact to a bishop and/or spiritual leader. Only 3% confirmed they had contacted the college campus Title IX department. However almost two thirds confirmed they did not report incidents and/or contact to anyone. The statistics are from a campus climate survey (Provo) carried out last year. While access to the university police records remain on hold subject to appeal. Though the human suffering that has gone before is clear and unequivocal and in the public domain.  The final report notably states that BYU doesn’t have “stewardship for ecclesiastical functions” and the immunity policy will be rendered irrelevant if bishops continue to exert their authority in respect of suspending BYU students unilaterally. Colleen Payne Dietz graduated the Provo campus in 2005 and her harrowing story can be read by following this link.

At the time of the incident she sought the bishop’s confidence who considered the contact to be consensual and threatened to contact the Honor Code office. Dietz sees the indeterminable as buck passing in that BYU may well now offer immunity but the rescinding of support by a bishop is a church matter. Where does that leave a student who has suffered sexual assault or unwanted contact?  She sees the responsibility of expulsions shifted towards bishops allowing BYU to absolve themselves of involvement. BYU, as well as other religious institutions, have struggled to align themselves over the prevention of sexual misconduct on campus.  In attempting to construct a moral compass that can balance church teachings with student behaviour. Policies that see the less partying and drinking the students will enjoy a heightened level of personal security and a lesser risk of sexual assault.

The case of the BYU student (Idaho) confirms the Mormon institution has some soul searching to do says Dietz, further the 2016 immunity clause has done little to address and/or change what had happened to Colleen Payne Dietz. Update: The BYU police department (recently decertified) along with it’s university police records may now fall in to the same criteria other law enforcement agencies in Utah subject to SB197. The bill intends to make BYU adhere to those same open records rules as other agencies. The bill is the result of continuing litigation between the media and BYU. The legal action relates to a records request made under GRAMA by the Salt Lake Tribune in 2016. The request for BYU police emails regards to a student’s rape allegations. SB197 sponsored by Sen. Curt Bramble, R-Provo, on a 26-0 vote, sent to the house.

Essentially the bill seeks to define a law enforcement agency as such “a private institution of higher education whose law enforcement entity or division is certified by the Commission of Public Safety.” The State decertification centres around the failure to conduct an internal investigation into specific allegations of misconduct by a BYU police officer.