Tenant Background Check Could be Banned in Berkeley 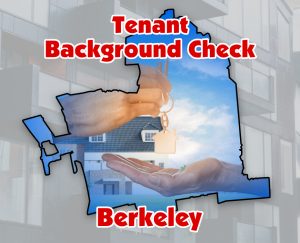 know that their application may well be destined for the shredder. The check boxes for references and employment are a breeze but one box is a real fly in the ointment. Activists and numerous elected officials now want Berkeley to implement “Ban the Box” in to the tenant background check screening also to prevent landlords from asking the question. Banning the box in rental application forms will smooth the passage. As a result those that have paid their societal debt re enter effectively and seamlessly while further reducing recidivism. The most recent Berkeley point-in-time count highlighted incarceration as the number one cause of homelessness for the 10% of Berekeley’s population who are homeless.

Some critics, along with property owners, feel the new proposals would leave them and their existing tenants vulnerable. The Berkeley Property Owners Association comments that Berkeley already has strict criteria. Landlords and property owners have concerns over introducing ‘ban the box’ in to a tenant background check. Alameda County Fair Chance Housing Coalition along with Just Cities have been mainly instrumental in attempting to bring about and implement change. The issues raised by the groups include high rents, background checks that may even prevent them from moving in with family and parole rules which stipulate returning to the place of conviction. This won’t be heard by the council until early 2020 the mayor along with council members are co sponsoring. The move more as a homeless prevention strategy than a social justice issue.

The ordinance could deviate by early 2020 but proposes forbidding landlords to advertise non acceptance of tenants with previous convictions and also barring a criminal background check on a prospective renter. If a landlord or property owner violates the terms a tenant can sue. Discrimination against Section 8 renters sees minimal enforcement. Smaller properties including ADU’s and no more than 3 units (landlord on site) would fall outside of the ordinance. This would also apply to where owners are temporarily absent and lead/master tenants rent out rooms. The exemptions are as a result of open discussions between advocates of the proposal and landlord groups.

Liability of Sex offenders to scrutiny via state registry and Section 8 owners must adhere to Federal rules. Furthermore registered life time sex offenders and/or individuals who had produced meth in public housing. Seattle and Portland have similar laws but Berkeley would be a fore runner to pass such a law in California. Moreover the ordinance in Seattle is currently embroiled in litigation. Background checks banned in Richmond and San Francisco though only applicable to subsidized/affordable housing. For Landlords and property owners it may well be that they view a worst case scenario of rampaging violent criminals.

However those released do not simply fall off the radar and parole can be violated if 10 minutes late. It’s also made clear that some have suffered from false imprisonment, found bail to be punitive and beyond their means and/or had agreed to plea deals to mitigate any sentencing. Just Cities also rightly point out that some of the criminal background check reports are flawed. Consequently incomplete and incorrect sometimes failing to note that charges may have been disproven or even dropped completely. Eviction by Landlords and property owners is still an option but fails to address an immediate problem. In Portland and Seattle landlords have even less say in tenant selection as a requirement is for first applicant priority.

Tenant Background Check Could be Banned in Berkeley was last modified: August 3rd, 2021 by Admin