Should Ventura County Death Records be Available to the Public

Ventura County leaders have agreed to sponsor legislation barring Ventura County death records disclosure/access to the general public. Whether this will have a knock on effect on California State Death Records remains to be seen. 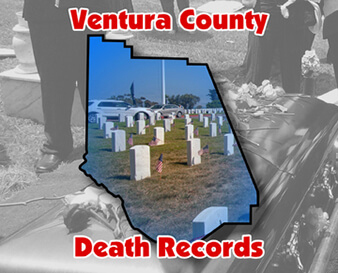 California’s open records law however could be seen as retracing it’s steps according to 1st Amendment advocates. The vote by the Ventura county board of Supervisors to introduce the bill was unanimous. The bill seeks to keep death investigations and autopsies private. Though changes not made specific and legislation, as yet, not currently drafted. Ventura County’s chief medical examiner has intimated he favours not releasing death records for public consumption and extending to journalists.

The Chief Medical Officer refers to The California Public Records Act (availability of death records) not protecting family privacy. Under HIPAA (Health Insurance Portability and Accountability Act) an individual is afforded certain rights protecting their medical records. These rights, moreover, should extend to their death records. The details of an individual’s death records vary widely and references to how they died may well be painful. Records also reference lifestyle, detailed anatomical references together with medical history and health.

Records can be intrusive and as a result if circumstances determine a medical examiner’s attendance this can be personal and private. Relatives of those who had their life taken by violence may well prefer to keep those records private. Should the immediate family of the deceased have the final decision. There are around a 1000 applications each year for Ventura County death records. Consequently records requests soared following the shooting in November 2018 at The Borderline Bar and Grill (Thousand Oaks). The murderous spree killing 12 people, was this morbid curiosity or genuine requests? Again should the privacy and acknowledge wishes of relatives. The vote originally reported on by The Ventura County Star. Officials advise on conclusion autopsy records released.

The dilemma over public autopsy reports

Some relatives have contacted the Chief Medical Officer concerned the graphic content and public access. Therefore and in order to provide accountability in government State law allows access for the public and media. If an ‘unwarranted invasion’ of privacy and/or a criminal investigation is ongoing exceptions can be made. The 1st Amendment Coalition understands the sensitive issue and hence the wider public interest. The detail from death records can be of great benefit to the wider community. Subsequently bringing about policy change, police accountability, job site safety to prevent any similar fatalities, foster care and consumer product safety. The Ventura Star, while investigating Dr J Smith, accessed Ventura County death records and other reports. They discovered Smith’s assistant had examined bodies (without license) in Smith’s absence.

Should Ventura County Death Records be Available to the Public was last modified: July 16th, 2020 by Admin