A bill (Mapping Housing Discrimination Act) to address the racial disparities in property records database has been backed by numerous Democrats. Universities and colleges would be provided with grants to map historical records. The records would be digitised and filtered to create the first national database of housing discrimination. Around the turn of the 20th century many deeds contained discriminatory annexes and conditions. These conditions compromised many blacks in their pursuit of home ownership. The Bill was drafted by Senator Tina Smith (D., Minn.) and along with fellow democrats is also hopeful of Republican support. Currently there are no Republican Co sponsors. The funding is seen as intrinsic to shaping policies and addressing discrimination.

The allocation of the $50 million funding would be over a 10 year period in favour of The Department of Housing and Urban Development. In turn HUD would approve varying grants to educational institutions 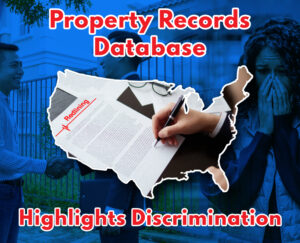 (Universities and colleges) that commit to a jurisdiction. Thereafter real estate records between 1850 and 1988 would be analysed to identify discriminatory and restrictive practices. Moreover the cumulative research will support the nationwide property records database. Funding can be used for a number of different options such as developing software to pinpoint racial pacts. HUD has been allocated $7.5 million across 10 years in lieu of administration (Property Records Database).

Participants would be required to share their work with HUD, which would compile a national database (public). The bill also provides $ 7.5 million over 10 years for HUD to administer the grants and maintain the property records database. The initiative follows a report by the WSJ around the imbalance caused by the racial pacts in the Senator’s home state of Minnesota. In Metro Minneapolis only 25% of black residents own a home compared to 77% whites. The census data from a State agency confirms this disparity is the largest than in any other State. Covenants and housing discrimination were outlawed in 1953 and 1962 respectively by The Minnesota legislature. The U.S. Supreme Court ruled covenants inapplicable in 1948.

Mapping Prejudice is a Minnesota University project and the forerunner to identifying restrictive racial covenants. Irrespective that the language and conditions are no longer enforceable this, by virtue, should not deter efforts to document. The past should not be erased because it makes uncomfortable reading. Though worth noting that blacks weren’t the only ones to suffer discrimination. Terminology and language used in marketing was also discriminatory towards Japanese, Mongolian, African descent, Moorish, Turkish and Semites (Semitic). However a 1919 State law addressing anti semitism banned restrictions around religious faith or creed. As a result of this 1919 State law anti semitism rarely surfaced in deeds. However the Jewish community endured discrimination and were manoeuvred towards certain neighborhoods.

Research revealed wide ranging specifics of apparently “objectionable” people within restrictive covenants. However overwhelmingly wording was contrived against African Americans. Prevailing white opinions at the time (1946) held that African Americans were undesirable as neighbors. Of those Minnesotans surveyed in 1946 60% believed African Americans should not be free to choose any neighborhood to live in. While 68% were convinced their property value would be blighted. Thanks, in part, to The American Veterans Committee these discriminatory policies lost wider support. Furthermore the discriminatory covenants were seen as “unnecessary, undemocratic and un-American” when an Asian-American vet was barred from purchasing. Racially restrictive covenants were declared unenforceable 2 years later by The United States Supreme Court.

Further Reference/Reading:
Mapping Inequality – The University of Richmond’s Digital Lab. Their efforts illustrated how federal policy makers used race as a latter day algorithm for insurance and lending risks. Digital mapping highlighting past injustices and redlining relayed the practices to a wider and accommodating audience.
Segregated Seattle – An initiative by the Seattle Civil Rights and Labour History Project at The University of Washington. The project compiled a database of racial covenants as a blueprint and to understanding how these racist ideas shaped housing policy and real estate law.