A Pennsylvania DUI conviction may prohibit the right to owning firearms in Pennsylvania subsequent to a precedent. H 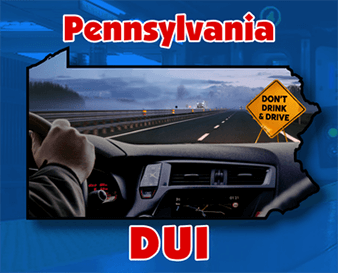 ow high is the bar raised in respect of the level or degree of a crime that bars gun ownership. A serious crime (Federal law) is a crime carrying a two year (or more) sentence in state prison. An individual barred from buying a firearm in 2016 as a result of a 2005 Pennsylvania DUI conviction. A lawsuit filed suing, amongst others, the FBI and U.S. attorney general citing violation of his 2nd Amendment rights. The court noted a prior ruling by The Supreme Court describing those levels of offence.

Because those “who chronically drive under the influence” along with blood alcohol levels “much higher than the legal limit” are noted.  Hence the move to disarm those seen as a danger.  All branches of the Federal Government agreed.  A non partisan group (Firearm Owners Against Crime) therefore sees the decision as the government overreacting. Furthermore that no individual should lose their right due to a misdemeanor. The individual initially charged under Pennsylvania DUI law/statute in 2002. Moreover at least twice the legal limit of .08 and this wiped following completion of an accelerated rehabilitation program. The individual then pleaded to a further charge in 2005 and again was twice the legal limit (.08). The punishment for 2nd dui in pa (higher rate) carries upwards to 5 years imprisonment i.e. a first-degree misdemeanour.

The guilty plea to the 2005 charge brought about a 90 day sentence (mandatory minimum). The fact that penalties are a 3 month minimum reflects the legislature view over repeat DUI offenders. The prior lower court ruling was to reinstate the right to gun ownership but the 2-1 decision overturned this. The U.S. District Court in Pennsylvania agreed the DUI was “a non-serious crime” and that taking away his rights to gun ownership wouldn’t “promote the public safety” while also mindful of a decade of his crime free behaviour. The opinion of the 3rd U.S. Circuit Court of Appeals put forward that “serious” in respect of disarming citizens post conviction is not as per “serious” within the ordinary context. Only time will tell if this is proves disproportionate.

Furthermore 2018 saw around 10,000 people die and 290,000 injured as a result of DUI accidents. Drivers fatally injured totalled 57% and had taken drugs or alcohol. Two out of three Americans will suffer a DUI accident in their lifetime. Underage drink driving (teenagers) accounts for around 25% of car accidents. For some DUI offences legislation was passed in October 2018. These much more stringent laws are as a result of Senate Bill 961, with support in both House and Senate and only 5 opposing out of 229. A DUI was always a misdemeanor under previous legislation. Now a 3rd DUI in PA is a felony if Blood/Alcohol is 0.16 or above, a fourth a felony irrespective. Under vehicular homicide if the driver has prior DUI records the minimum term is 5 years, old legislation 3 years. If 2 prior DUI’s a minimum term of 7 years apply.