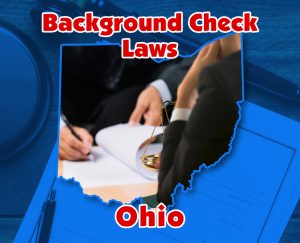 the system exists to vet purchasers and prohibit ownership to those barred. A plan put forward by the Governor that would require the submission of warrants to federal authorities. These warrants to cover domestic violence, sexual assault and stalking. Currently the system is incomplete due to poor reporting of required information by numerous local authorities. Addressing these issues (Ohio General Assembly) will ensure the Ohio background check system is far more robust for future reporting.

Currently there is no mandatory legal requirement for how readily the courts update databases, and no penalties for reporting failures. Currently anyone in Ohio sentenced or accused of a violent crime, domestic violence or drug offense can’t purchase or possess a gun. Proposed legislation would require reporting to Ohio’s Law Enforcement Automated Data System (LEADS) and the National Crime Information Center, which is one of  3 database that makes up NICS, queried by licensed firearms dealers prior to approval of gun purchases. How much the changes (Ohio background check system) will cost remains unclear but likely the State will foot the bill. There is also consideration as to costs for training taking in 88 counties and approximately 1400 local governments.

A number of mass shootings in quick succession confirm deficiencies in the background check reporting system. In rural areas cost is one issue. However Dayton police pointed out there was nothing in the shooter’s background preventing him from purchasing the firearm he used. While the NICS system has, according to the FBI, been responsible for over  1.6 million prohibited sales the wider reporting makes for uncomfortable reading. There is a gaping chasm between those warrants reported against those active. In 2014 around 2.1 million wanted individuals were in the NCIC database. However more than 7.8 million active warrants were in databases State wide. A Bill may ensure current and accurate reporting to background check databases.

Ohio law: Expungement for the majority of criminal records

A spending bill in 2018 required States to submit proposals (Justice Dept) on reporting improvements. However why do States need an incentive to report more information to NICS, it was further reported that a number of States missed the deadline. Under the Governor’s proposal law enforcement and local courts would have 48 hours for submission of records. An effective database is fed prompt up to date information along with the integrity of that data. A report from 2018 also confirmed only 21% of court officials responsible for civil protection reporting have been doing this.