The American Civil Liberties Union has released documents confirming the NSA collecting phone records in 2017 and 2018. This round of unauthorised harvesting came no more than four months after the NSA deleted over 620 million phone records it had collected since 2015 within the remit of the Foreign Intelligence Service Act (Title V). 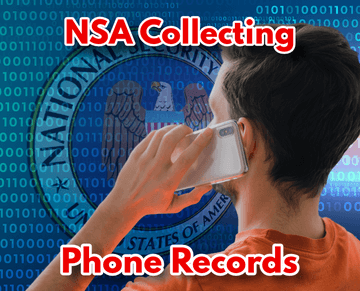 In respect of the 2018 (February) violation the NSA sought approval to spy on individuals. Thereafter making the court (FISC) aware of the error. Moreover there is no confirmation of individuals observed and/or whether the NSA notified any observed subjects.

In October (2018) the NSA collecting phone records was in violation of the Patriot Act (section 215). The NSA confirming it was in receipt of phone records data. According to the ACLU the Telecoms carrier involved in the data breach intimated it had resolved the problem. Thereafter the NSA resumed acceptance of data. An FoI lawsuit in December against the Office of the Director of National Intelligence the ACLU obtained the redacted documents.

In response to the NSA collecting phone records The 2015 USA Freedom Act came about. The act to restrict the NSA phone records program, this following Edward Snowden’s disclosures around the NSA’s surveillance activities. However the Electronic Frontier Foundation points out that the government has failed to work within prescribed limits. In respect of the NSA collecting phone records the government may contend there is no privacy intrusion. The NSA claims it does not harvest content. However mindful of how easily Cambridge Analytica harvested millions of Facebook profiles without consent and for political purposes. It is clear that any personal data mining irrespective of aims and objectives should balance with the threat to fundamental rights.

The NSA blamed the breaches on carrier errors over data. While it is easy for paranoia to set in the hard truth is that large agencies and bureaucracy sometimes don’t sit comfortably together. While technology has changed the world and the way we live it is often a blunt tool when it comes to protecting privacy.

The NSA program, carried on under Section 215 of the USA Patriot Act, has to all purposes been discontinued. However lawfully it still remains active and the NSA could resurrect it. With the December deadline looming should Congress allow Section 215 to expire at year end. The ACLU also put forward that additional reforms in respect of the NSA collecting phone records should be implemented. As well as more stringent First Amendment protection the ACLU would also like to see federal agencies limited to the information they collect with additional criteria and conditions as well as having the loophole closed (Section 702) re: the FISA Amendments Act.</>

While the security of the personal data often seems caught up in political reasoning a massive espionage program has recently been uncovered. The campaign involves targeted surveillance against ‘individuals of interest’ and involves the theft of call logs from cell networks that have been hacked. The hack prevailing for seven years and targeting 10 cell phone networks worldwide. The detail is the cell based location along with call time and date, 20 individuals identified as being expressly targeted. The operation discovered by Boston based Cybereason. Their findings confirmed the hackers could establish the physical location of any subject (politicians and spies). Although the hack doesn’t include message content or voice recordings they do offer an insight in to a subject’s life. Despite the  question of legality the NSA has collected this data for years.