Adopted children in New York have been denied access to their original birth records for 80 years. 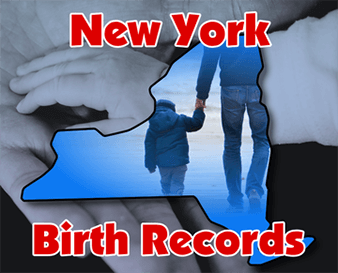 However that has all changed and access to New York birth records are now providing answers that many thought would never see the light of day and New York has become the 10th state to open adoption records without restrictions. New York State sealed records of the adopted in 1939 and this signed off by Governor Herbert Lehman (Democrat). A commission appointed by him in 1936. The Governor himself had bought 2 infants from a notorious child trafficker (baby broker) known as Georgia Tann. Tann carried on an adoption agency the Tennessee Children’s Home Society. Operating from the 1920’s until 1950 following a State investigation over adoption fraud. Prior to the findings made public she died of cancer in September 1950.

Herbert Lehman’s father (Meyer) was one of three brothers who founded Lehman Brothers Financial Services. The sealing of State records by Lehman in 1939 therefore denied adoptees access to their own birth records. The changes to New York birth records haven’t happened overnight. The Adoptees Liberty Movement Association in 1977 attempted unsuccessfully to have the statute declared unconstitutional. The grounds were around the equal-protection clause (Federal constitution) i.e. “psychological pain, suffering and damage not experienced by non adopted persons”. Access to New York birth records granted January 15th the State has received 6,000 applications. Three weeks has seen some 900 records mailed. For some the initiative comes too late but access helps them trace year book photos along with a medical history. This may well prove invaluable in respect of congenital illnesses.

With approximately 650,000 adoptees in New York State, the cost of obtaining birth records is around $100 but may vary. If you wish to apply for your original birth records please click on the following link which will take you to the pre adoption page of the New York Vital Records. The nationwide initiative is a push by adoptees and House Bill 2600. Recognising that birth records are a vital part of an individual’s identity. For those adoptees in Arizona biological parents have also been off limits for some 50 years. The bill allows anyone over 18 to request adoption related documents and original birth certificates from their State health department. Those requesting should be aware that legislation allows for birth parents to indicate if they wish to have contact. A medical history form is available also.

The birth certificate of an adoptee is sealed, thereafter new records created detailing adoptive parents. Arizona operates a confidential intermediary program allowing third parties (court certified) to petition for access to the original birth records. The intermediary can then contact the birth parents to determine if they would like to encourage the process. There can be (secondary) rejection as well as ecstatic reunions and a fine balance prevails. The American Adoption Congress confirms statistics that 1% or less of birth parents prefers no contact. Records from 8 States having unrestricted access to birth certificates.

An Arizona State law in 1945 allowed access solely to “the adopted person” (or court order), birth certificates were sealed. This prevailed until 1967 when sections were either replaced or repealed. The access of adopted persons was annulled but is unclear. This year it is not only Arizona that is mulling unrestricted access to birth certificates. Other States include Massachusetts, Maryland, Connecticut, Minnesota and West Virginia may well see a bill before the year is out. What’s the difference between a House Bill and a Senate Bill? Senate and House bills filed are in serial order. Senate bills receive even numbers (2,4,6,8….) and prefixed either “S” or “SB”, House bills are numbered odd (1,3,5,7….) prefixed “H” or “HB”.