The MTA background check has allowed some employees with convictions for serious crime to slip through the net. 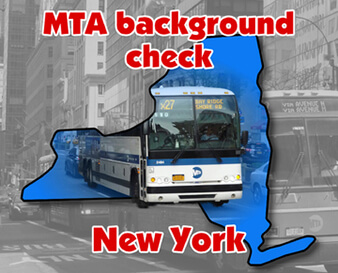 According to a recent audit from the inspector general of the MTA points to flaws in both the city and the authority’s background checks. The Inspector General (MTA) found major failings especially relating to large numbers of applicant’s histories. The findings applied to the DCAS and New York City Transit. The MTA background check ensures tax payers, transport users and the workforce rely on a robust process that protects everyone. If applicants have been economical with the truth then a reporting system should flag this. Preferably at an early stage moreover to avoid costly training and induction and also for customer and fellow worker safety. The report also concluded around 78% of workers reviewed DCAS failed to make contact with previous employers and/or educational institutions.

From January 2015 through August 2017 around 2,600 individuals were trained. However sub standard vetting saw 11 bus operatives subsequently terminated. The report confirms that those employees that had their positions terminated had prior convictions. On account of robbery, rape, sales of a controlled substance and criminal possession of a weapon. A number of these employees were in direct customer contact and had already gone through expensive training programs. The responsibility of background checks for tunnel/bridge workers and transit employees rests with the DCAS while non civil service posts are under the remit of Transit. The audit found the mechanics of the MTA background check convoluted the agencies procedure and communication. However these problems were also identified and reported previously in 2004.

A dual agency background check process identified as a “fundamental problem”. Furthermore that MTA Transit and the DCAS must put their heads together to arrive at a more thorough vetting process. The report also confirmed that Transit had previously sought autonomy over it’s background check program. The MTA also confirmed it intends to seek full control over employee vetting while also agreeing with the majority of findings in the report. The DCAS said the report was seriously flawed and that it was responsible only for confirming work and education histories should the prospective employee have a criminal background.