The marriage records bill SB62 is a bi partisan big step forward. Consequently there is no requirement 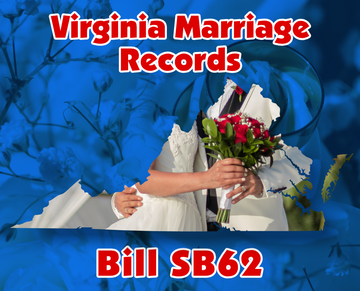 to disclose race when filing divorce/marriage records or annulment reports (State Registrar). The new policy has a box immediately under the race question “Declined to Answer”. Moreover clerks now required to issue licenses irrespective of the applicant’s answer and/or should the applicant’s defer. Many inter racial couples saw the requirement as a reminder of the racial caste system. The system carried on in mainly southern states between 1877 through to the mid 60’s and known as Jim Crow laws. As well as banning inter racial marriage these laws placed restrictions on voting. Literary tests and poll taxes imposed a further blight.

The definitive origin of Jim Crow, though somewhat lost in legend, was a fictional character. The character created by Thomas D Rice and followed white ideology of African American culture. Jim Crow was popular amongst black slaves as a folk trickster. Rice popularized “Jump Jim Crow”, a traditional slave song, in 1828.

The legislation progressed through all committees and the legislative chamber unopposed. The marriage records Bill SB62, was introduced by David Suetterlein, R-Roanoke. The bill precipitated by a lawsuit filed in September 2019 by three couples from Virginia. The couples refused to declare race on marriage application. The result of the lawsuit set the wheels in motion for reform. Couples now not forced to make disclosures as to their race or ethnicity to a registrar. That the issue of race should pre dominate the marriage of two people in the 21st century is irrelevant and unnecessary. While this prevailed it did little to remove discriminatory practices. This current law applied to the commonwealth (Massachusetts, Virginia, Kentucky and Pennsylvania). The four states were British Colonial possessions before independence in 1776.

Judge Rossie D. Alston Jr, In October 2019, a federal judge struck out the race requirement as unconstitutional. While also finding that the law violated the 14th Amendment. The requirement being the remnants of the State’s racial history and the “Act to Preserve Racial Integrity” from 1924. The 2020 General Assembly oversaw additional measures to erase erroneous State laws. Incredulously a class 4 misdemeanor (pre marital sex) that had prevailed was also removed following legislation. The class 4 misdemeanor also carried a fine of up to $250. The Virginia Supreme Court declared it unconstitutional in 2005. Fornication laws in Utah and Massachusetts were repealed in 2019 and 2018 respectively, while not forgetting North Carolina . “If any man and woman, not being married to each other, shall lewdly and lasciviously associate, bed and cohabit together, they shall be guilty of a class 2 misdemeanor.”

Virginia also has the distinction of having the U.S. Supreme Court overturn laws that banned inter racial marriage. A couple in Virginia ( Richard and Mildred Loving ) were sentenced in 1958 to a year’s imprisonment for marrying. The couple agreed to move to the District of Columbia and the sentence would be suspended for 25 years. While the Supreme Court of Virginia upheld the judge’s decision the U.S. Supreme Court overturned the convictions.  in light of the judgement violating equal protection and due process under the 14th Amendment.