An inmate is defined as a person who has been confined to some sort of institution, be it a prison or a hospital. Usually, people alternatively use the word prisoner for an inmate. The government and concerned authorities maintain separate and categorical records for prisoners, with multiple details regarding their conviction. These prison records are highly sensitive and confidential in nature, and are not released publicly.

The only information that is available to the general public includes minor information like prisoner location and expected release date. However, for further information, there are specific help lines that have been set up to deal specifically with issues concerning inmates. A specific Inmate Locator Desk helps obtain information such as inmate identification number, and any other such pieces of information.

If a person wishes to have even more specific information, this can be obtained with the help of the inmate’s own permission in written. Certain states, etc. also require a nominal fee to be paid, along with the written permission, for the release of classified information. 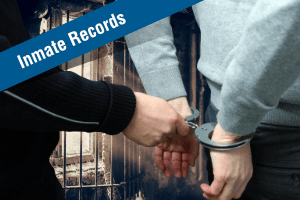 Prison records prove to be helpful in various instances. Examples include a case in the court of law, or any other situation where evidence or information may be needed. Under such circumstances it becomes imperative for lawyers or other concerned parties to contact inmates, and this is only possible if they have the right prison records at their disposal.

To prevent these records from being misused, the federal government takes a number of preventive measures, starting from physical security to person identification and verification. And since this information is stored digitally today, the safety measures include network security as well, thereby ensuring that this confidential and sensitive data remains protected within the right hands of authority. For more information on Federal inmate public records please follow the link.