A record number of Illinois background checks have been carried out in March. 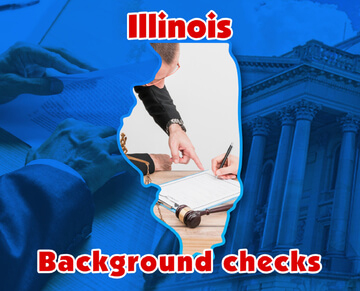 These checks relating to firearms sales. As a result the record numbers peaked in the second half of March. Activity in this period confirms  increased pandemic concerns. Fears over lock down and Coronavirus fuelled the surge. Moreover 60,000 background checks were processed in March. Around 80% of checks coming in the last two weeks of the month. This figure is almost double the Illinois background checks from February. Thus representing a 35% rise year on year. Licensed gun dealers are authorised by The Firearms Transfer Inquiry Program. The stay at home order is effective March 21st. Gun shops are classed as essential business.

The Illinois State Police also eased renewal requirements for FOID. FOID (Firearms Owner’s Identification Cards) together with concealed carry permits. Renewals will prevail for twelve months if applications are submitted prior to the expiration date. Permit holders will not be required to submit confirmation of the 3 hour training requirement. However they will have twelve months from the end of the disaster proclamation which currently runs through April 30th. Before the outbreak of the pandemic Illinois State Police were being sued by gun rights groups. The litigation a result of processing delays (concealed carry and FOID). A plaintiff in the lawsuit being the Illinois State Rifle Association who negotiated with State police over the new rules.

However, notably, the stay at home order has not stifled gun violence . Data confirms shootings up by 10% on this time last year. The National Instant Background Check System recorded 3.7 million checks in March. This figure 34% up on February and exceeded the previous record by 12%, that record from December 2015. However the NICS system is not an exact science and does not portray the whole  picture. Background checks may be used for multiple gun purchase and may not even be related to gun purchase. Certain states have also seen demand double in March. These states are Arizona, Michigan, New Hampshire and Rhode Island.