Housing Voucher Discrimination against Section 8 tenants and those with criminal records can benefit from revisions to fair housing laws. However tenants in Charlotte could see these efforts stalled by the General Assembly. 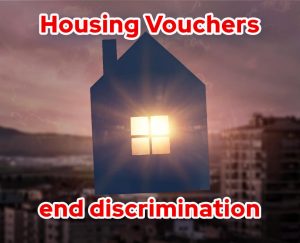 The Great Neighborhoods Committee voted positively to amend State law to ban rental property owners and landlords refusing vouchers. In addition the amendments also banned landlords enquiring and/or making decisions based on a tenant’s previous convictions. The council now has to put recommendations for legislative agenda forward in Raleigh. This, in turn, an air of change to encourage fair housing policies for all. However the changes now differ from recommendation and initial proposals from the advocacy campaigns. The Advocacy campaigns preferred changes (locally) to the Charlotte fair housing ordinance without General Assembly approval.

Supporters and advocates encourage Charlotte to pursue action locally. The measures are there to assist thousands find housing but fear statehouse apathy will block momentum. Reluctant and discerning landlords exacerbate an already critical affordable housing crisis. The thread of housing voucher discrimination runs through the Section 8 program as well as veteran housing vouchers. Therefore the campaign to bring about awareness to ‘source of income discrimination’ is acutely important. As long as potential tenants meet rental criteria landlords can not refuse housing vouchers. The company in charge of Charlotte’s Housing Choice Program report tenants (vouchers) take an average 73 days to find housing. Of those 20% are unsuccessful and have to return vouchers. Around three dozen organizations in Charlotte supporting a ban on source of income discrimination. In excess of a dozen states and one hundred local governments adopt similar efforts. Notably Atlanta passed a ban earlier this year.

North Carolina has no renter source of income discrimination protection. The re-entry housing provision is an important step to removing barriers and reducing recidivism. A tenant would not be disqualified by virtue of having a felony or misdemeanour convictions. Prospective tenants would also have the right to complaint if they experience discrimination over their criminal record. Tenants Proof of satisfying court obligations and rehabilitation will also be available. Around forty groups as well as the Re-entry Housing Alliance are behind the scheme. Local Housing Agencies receive/is allocated over $20 billion per annum from The U.S. Department of Housing and Urban Development (HUD).