The Department for Community Based Services (within the Cabinet for Health and Family Services (CHFS)) has recognised the efforts of two Kentucky community groups in their efforts towards local elder abuse prevention. 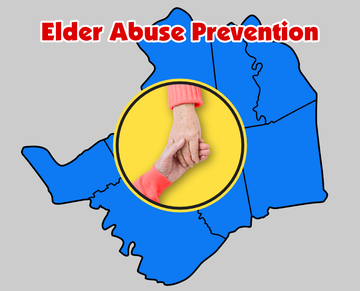 Public Awareness Initiative awards have been awarded to Northern Kentucky Elder Maltreatment Alliance (EMA) and Kentucky River Council Against Maltreatment of Elders (CAME), each receive $300. The awards cover commitment and efforts (elder abuse prevention) from May 2018 through May 2019 via public outreach. The efforts of both groups are making a real difference for the senior citizens of Northern Kentucky. The DCBS comments that everyone has a part to play in the well being of community elders. Together with local agencies and offices the Local Coordinating Councils on Elder Abuse (LCCEAs) are prioritising elder abuse prevention.

Reporting suspected exploitation, neglect or abuse in Kentucky is the law and also confidential. For the State fiscal year of 2018, 29,249 calls reported abuse of elders aged 60 and over. The State has a network of 22 LCCEA’s covering 92 counties. The primary focus of councils is to educate communities in protecting their elders from financial exploitation, neglect and abuse. There is a toll-free hotline for reporting which is 1-877-KYSAFE1 (1-877-597-2331). Anybody in Kentucky can become involved with their LCCEA’s and membership is free and readily available to anyone who wishes to actively participate in elder abuse prevention within their community.

Another recent case on the actions of a care home itself happened in a Chicago nursing home. A 91 year old woman suffering with dementia was teased by two care care workers at The Abington of Glenview Nursing & Rehab Center. The care workers took a video of themselves teasing the elderly woman while moving a hospital gown towards her, staff at the nursing home knew she was afraid of hospital gowns. The video posted to Snapchat titled “Margaret hates gowns,” this according to a lawsuit filed last Wednesday in Cook County Circuit Court. Following suspension of the two staff members the allegations subsequently found by the Illinois Department of Public Health (IDPH) to be unsubstantiated. The two workers returned to work 6 days later. The elderly female’s health deteriorated and removed her from The Abington (while suing for $1 million) and the family hired a private caregiver.

The care givers confessed and as a result subsequently charged in January with disorderly conduct (midemeanor) as per the report from the Glenview Police Department, the family sued the nursing home. The pair are due to appear back in court later this month. The lawsuit says the care home failed to follow accepted protocol. The attorneys working for the family commented the care home failed to involve the police and The State Ombudsman and also failed to call the Illinois Department of Public Health, while also denying the elderly female had been traumatized which irrespective the video proved she had been and that the IDPH report confirmed. The Abington failed to adhere to it’s ‘Abuse Prevention Policy’ and the elderly female had suffered “degradation and shame”. Court records do not confirm whether the two care workers have attorneys.

How to prevent Elder Abuse