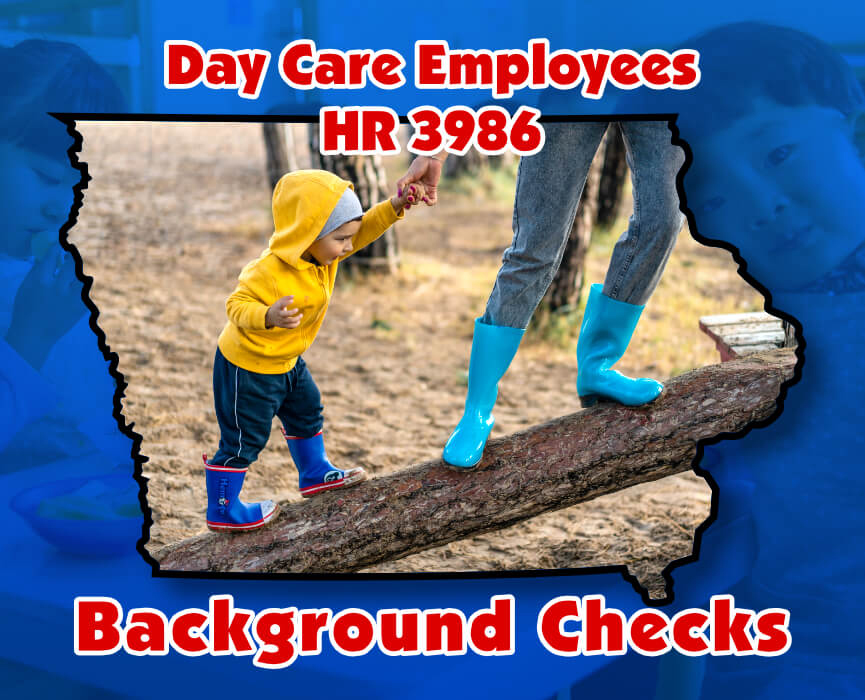 to address obstacles in respect of background checks for daycare employees who are in receipt of funding from the CCDBG (Child Care Development Block Grant) and that committed, professional and quality professionals are being employed. Over an 18 month period concerns over (numbers) certain Day care centers in Iowa became apparent. Reports in The Des Moines Register confirm criminal charges filed in 2 infant deaths. Charges are ongoing in respect of the third case. Iowa’s 4,300 regulated daycare centers operate with transparency while home daycare is unregulated.

Average cost of childcare in Iowa up to $1,315 monthly

An unresponsive child found on February 15th at the home of a couple (Michael Damon Mazza, 49 and Trina Jae Mazza, 47,) who operated an unregistered daycare. The couple face further charges over the theft of more than $163,000 from Mr Mazza’s mother. Asides from the infant’s death charges are forgery, first degree theft and four counts of dependant adult abuse. Mrs Mazza also faces charges of operating an unlicensed daycare center (serious misdemeanor). Subsequently a bar to any savings or bank account tied to the dependant adult and that financial accounts frozen. Mrs Mazza provided daycare to seven children and did so unregistered. According to court documents the DHS were in receipt of complaints in March 2011 and September 2017. Daycare provision for over 5 children is  contrary to Iowa law which requires registration for 5 or more children.

The background checks for daycare employees initiative also ensures qualified childcare providers can enjoy the fruit of their labors. The certification and compliance that they have worked towards. Parents and guardians should also have confidence that their children are well cared for and under the watchful eye of law abiding citizens. The interstate proposal helps fix background checks for daycare employees across state borders. A seamless background check across states has been particularly challenging with the absence of any streamlined process. In certain States legal restrictions bar entities from out of state wishing to carry out a background check. The Child Care and Development Block Grant (CCDBG) Act of 1990 was reauthorized in 2014 by Congress which saw wholesale changes. Over 75% of pre school infants attend early care and education prior to kindergarten.