As the U.S. celebrates 51 years of the Fair Housing Act determined and committed moves are being made to end housing discrimination against those with arrest records. April recognized as National 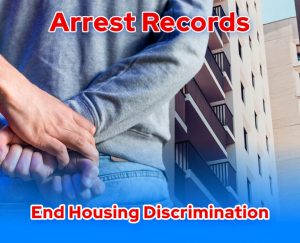 Fair Housing Month and Second Chance Month. As the chief sponsor (Commissioner Johnson (D-1) ) of the “Just Housing” amendment which will be a new clause within the Human Rights Ordinance (Cook County). Accordingly this initiative looks to bar real estate agents and landlords from discriminating against those potential tenants with previous arrest records. Therefore housing providers will be unable to deny those seeking housing regardless of when the act occurred and/or the crime type.

The testimony to be heard Wednesday prior to a full board vote Thursday at the regular Cook County Board Meeting. The amendment will offer more family stability to over 3,300 individuals who return to communities within Cook County every year. The other key issue is recidivism and The Just Housing Initiative also addresses racial bias together with residential segregation. These factors in turn lead to disparity primarily within ethnic minorities. The amendment has substantial support throughout Illinois including social and criminal justice organizations and civil and housing rights associations. Other groups supporting the amendment include the Community Renewal Society, the Safer Foundation, Housing Forward, Housing Action Illinois and the West Side Health Authority amongst others. For a detailed overview download the Just Housing Initiative flyer here.

The amendment a landmark to addressing homelessness and housing insecurity. Rehabilitation can and does lead to permanent housing which in turn leads to a reduced risk of recidivism. In turn a stable family footing giving children opportunity and security. The amendment restores integrity, confidence and humanity to the housing application process. Accordingly an individual is not a series of background check boxes or a flow chart. Fair housing should, unilaterally, bestow the right for anyone to locate wherever they prefer. In 2016 landlords and housing providers made aware (The U.S. Department of Housing and Urban Development) over exclusion. To exclude individuals with arrest records on a routine basis they would be liable under the Fair Housing Act. Moreover if a housing provider’s policy along with practice has an unjustified discriminatory effect and notwithstanding the provider had no intention to discriminate.

To redress the balance those with arrest records and a grievance can file a complaint against housing providers and landlords. Those providers may well face fines, penalties and damages for any failures in processing applications of those who are qualified yet have arrest records. The Just Housing amendment further commits landlords and housing providers to notify an applicant, in detail in respect of denial to housing. This amounts to a ‘written reason’ of their findings. The amendment a determined move to real estate and housing unlawful discrimination. This includes convictions and arrests “that are not substantially related to the offender’s residence”. Furthermore arrest records “that have been ordered, sealed or expunged”. So therefore the law, if adopted, will thus become effective immediately in Chicago together with an opt out for municipalities.

In relation to sex offenders the new amendment does not eliminate ‘landlord discretion’ to deny the rental of residential property. Additionally “the basis of a current sex offender registration requirement pursuant to the Sex Offender Registration Act (or similar law in another jurisdiction) a current child sex offender residency restriction”. Hence over 100 local organizations came together specifically and in order to add weight and momentum to the amendment. Jointly passionate about the housing disparity issue. Supporters and advocates along with faith leaders and social service providers all recognise the same thing. That the amendment is a critical step to a more just and safer community.

The Second Chance Month,  Highlights the challenging environment 65 million Americans find themselves in as a result of a criminal record. Brought about by the Charles Koch Institute, ACLU, the National Association of Criminal Defense Lawyers and the NAACP. In order to specifically address, amongst other things, housing, family stability, recidivism, opportunity, education and housing.